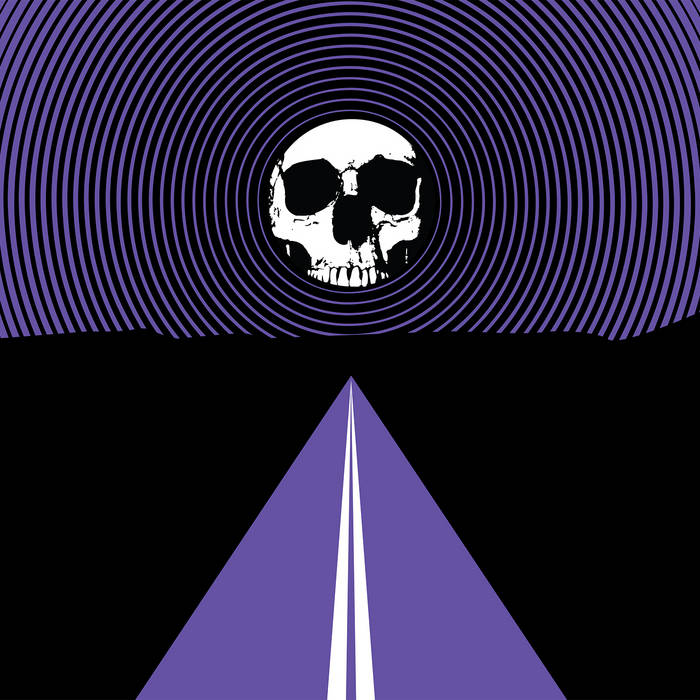 MICHAEL GEORGIOU Kosmiche , motorik . trippy sounds that penetrate your brain . Look at this sleeve ! Every song is a favorite . A contender for best album of 20015 . Favorite track: Pipeline of Death.

"Like Moon Duo hopped up on pure wormwood extract, the Toronto-based improv space-rock outfit known as Moonwood have plucked another full-length jewel from the ether. Drawing on a cornucopia of worldly throwback psychedelic influences from the Middle East, Asia and Germany, Desert Ghosts is a relentless assault on your psyche, bound to blow your consciousness out the back of your skull and into a kaleidoscope of interdimensional possibilities. .... The first half of Desert Ghosts is noted as "Earthbound desert rock," a voyage through the deserts of the American West with fuzz rock and cosmic surf grounded by motorik rhythms, and the second half is a "Trans Arrakis Express" suite, signifying the arrival on the fictional desert planet from Frank Herbert's famed 1965 sci-fi novel Dune. The change in sound is audible; the first half propelled by frontman Jakob Rehlinger's incendiary guitar and Luca Capone's impertinent drums, while the second half is more meditative and mystical, featuring more of bassist Matt Fava's violin. Both sides are united by filtered synth drones and Jacqueline Noire's mesmerizing vocals." ~ Exclaim!

"Moonwood take you on brain-frying ride across two deserts. First, there is the peyote-infused landscape of the American southwest. Here the music is garage-surf with cosmic synths. Acid-rock guitar laces the edges of “The Girl Who Waited” and almost propels “Bombshell Betty” into metal territory. Then there is the outer-space “Arabian” desert of Frank Herbert’s Arrakis, where high-pitched strings and wordless vocals provide an Eastern vibe. For the most part, Moonwood’s heady psych-rock is instrumental. However, Jacqueline Noire’s ethereal voice is put to good use in providing atmosphere, especially on “The Girl Who Waited”, where it floats in the musical stream, and on “The Worm is Calling”, where it burbles up through the mystical psych-folk haze." ~ Ride The Tempo

"Capone’s solid, metronomic beats (Neu! Fans, prick up your ears), provide the perfect backdrop for the band’s explorative expeditions, offering a precise framework that helps even the most improvised elements of the band’s music retain a structure that the listener can keep up with. And then there are the moments where the rhythm section drops out completely, leaving Noire’s wordless vocals and Fava’s serpentine violin parts to take centre stage, with spine-tingling results. There’s a perfect balance struck here between the explorative, the hypnotically repetitious, and a more structured play on conventional songcraft, which makes this a thoroughly unpredictable ride which challenges and rewards the listener in equal measure, while evoking the desolate, open stretches of its source material with apparent ease. " ~ The Active Listener

"Repetition and improvisation seem to find their own equilibrium from time to time: a core characteristic of the band’s krautrock roots. Most tracks are instrumental jamming platforms with monumental potential that allows the band to build up as much as they please for however long they wish. Occasionally a haunting, echoing couplet or verse drops by in the hypnotic voice of Jacqueline Noire, who’s also in charge of the lead synth .... its sound moves towards the mystic with tracks that strip the music to a minimalistic mixture of beat and melody. It’s a combination so natural that it turns into an excess of psychedelia — an attack on the conventional perception of time .... Moonwood forms a collusion between multiple influences in terms of their music, blending middle-eastern percussion and late 60’s German synth with utter subtlety." ~ Discorder

"... a mix of jumping sense of whimsy and krautrock .... cold desert of instrumental colors, desolate desert rock rough feeling .... the Middle East and the Far East National Traditional music can be described as the essence of hundreds of sets of aggregation...."
~ 西陆孤楼

Fronted by Reverend Moon and Jacqueline Noire, Moonwood are a improvisational psychedelic band from Toronto, ON.

Bandcamp Daily  your guide to the world of Bandcamp